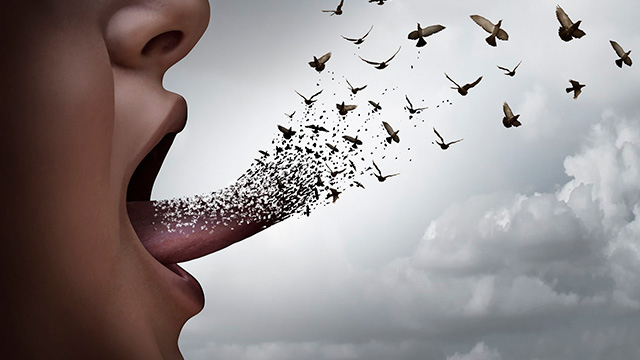 The article main idea is that the first amendment of the American constitution in relation to speech came in to deny the American citizen their person freedom as well as liberty. The author’s of the article do argue that the amendment is against the founding principles of the constitution which do state that the congress should not make any law that will restrict or affect negatively the people freedom of expression and speeches among other rights that were enshrined in the constitution by the founding fathers. This first amendment has been an issue of a number of arguments legal challenges as well as court decision which contradict each other throughout the American history. The juries and judges have found themselves in continued wrangles over the earning amendment to this day.

The article is of the argument that hate speech should be restricted. Any form of speech that demeans or devalue a given gender, race, sexuality or certain group of people should be regulated. The article has given some incidences in the American history where the judges have been called upon to give their interpretation in relation to the provision the article. In most cases the interpretation of the provision seems to favor personal freedom/liberty to express oneself ideas freely. The article has pinpointed out some reasons why hate speeches should be restricted.

The issue of people from certain ethnic group to be undermined or dehumanized through hate speeches is one of the issues that brings disharmony in the society. These sorts of hate speech against people from certain races bring some form of enormity in the societies which undermine national unity. The article also is of the view that without regulating hate speech people from marginalized communities tends to feel marginalized and undervalued. For example some universities in US were forced by incidences of some white students to utter hate speeches against black students (Levendosky &Charles, 1998. The university management had to come up with policies to regulate / restrict speeches that demean certain groups of people in the university community. Therefore based upon the above issues/reasons the article is of the view that free speech should be restricted in cases where the speech in demean and has a negative impact on the societies harmony.

The ideas and claims that the article that has given on the issues of restricting free speeches and in my view is valid: free speech should be restricted in cases where it undermines certain groups of people in the society and in cases where it’s harmful to the peaceful co-existence of people. These reasons are weighty. Speech should be restricted if in any case it demean people of certain gender, sex or race. This should be done to ensure that there is harmony and unity in the American society. The first amendment was a timely measure that comes in to ensure that people did not misuse their freedom to free speech to demean or disrupt the peace of the community.

Current and Future Effects of Radiation Therapy on the Eyes

Philip, UK I feel very satisfied with the reply to the discussion topic. It was extensive, and in my opinion, excellent. Thank you for going above and beyond, answering all questions, and proper citing. Very well put together!... Read more
Janice, USA My assignment was due in 12 hours when I decided to try cooperation with this company. I should say that both the writer and the editor did a fantastic job. I will definitely use your services again.... Read more
Cody, USA The paper I received is a true masterpiece. I did not submit it yet but I can see that it is well-written, structured, and formatted. Thanks a million!... Read more
Sarah, USA Thanks for your help! I am planning to call again on your help with other papers. I was worried whether the writer would manage to find 10 credible academic sources within such a short deadline, but the expert did not only find these sources but presented a brilliant annotated bibliography.... Read more
Michelle, USA The paper I received was totally free from plagiarism. When I requested for a report, the support manager provided me with it in just a minute. This company really takes care of its customers!... Read more
Discount applied successfully